The film museum in Berlin celebrates German movie history and especially the glory days of the film studios in Babelsberg, just outside Berlin. That ought to require no further explanation and I guess most people reading this blog will know that I am talking about movies like Das Kabinett des Dr. Caligari, Dr. Mabuse der spieler, Nosferatu, Der Letzte Mann, Metropolis, M, Die Büche der Pandora, Der Blaue Engel…. and on and on. Knowing this I had no doubt that this must be my first stop on a visit to Berlin.


Oh, little did I know that it is much better than that. 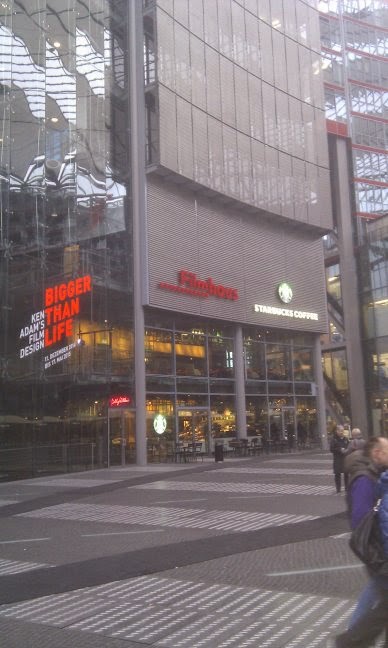 The film museum is located in the ultra-modern Sony center on Potsdamer Platz and the museum itself opened in 2000. I dare say, however, that the current permanent exhibition must be even newer than that. This is no simple collection of artifacts, but a full immersion into the movie experience. The exhibits are presented in context and you just cannot not be wow’ed by the presentation. The opening alone with a hall of mirrors with screen suspended in the air showing muted clips of classic films is just stunning, and from then on you almost forget to breathe throughout the exhibition. Except that I was so busy making exclamations and telling my wife why this and that exhibit was amazing and important. 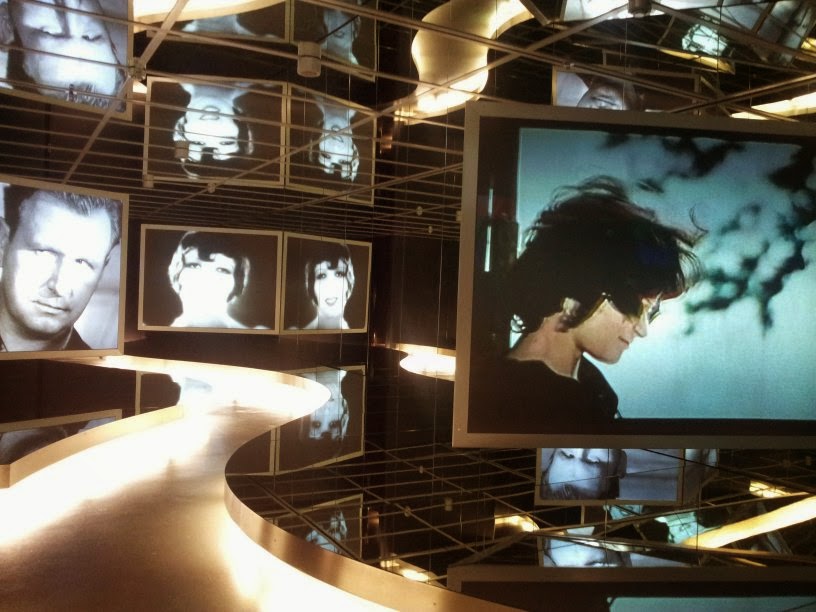 The exhibition covers a lot of ground and all the important classics are represented. I think I found all the German movies I have seen on the List so far except for one. Some gets special attention. Das Kabinett des D. Caligari has its own cinema where you can see the movie, of course in an off-angle presentation.


There is the coat from Der Letzte Man, props from M, details from Die Büche der Pandora, but most attention is given to Metropolis and Marlene Dietrich. They are given entire rooms (plural) including the android and costumes and personal notes from Dietrich. 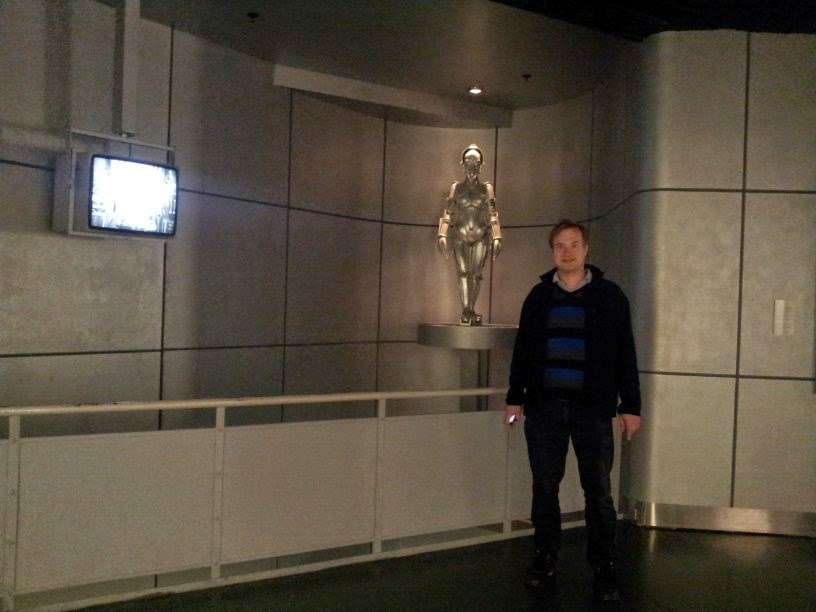 Again and again I had to gasp over the items they had collected. Props, cameras, notes and letters, it is a true treasure throve.


Beside the films themselves the museum has a theme about all the people who went to Hollywood and made a career there and in the process created a vacuum in Germany during the Nazi regime. I knew this was the case, but it is striking how much influence all these Germans had on the American film industry, especially among directors. One of the curious items was Peter Lorre’s immigration papers upon his arrival in the States. 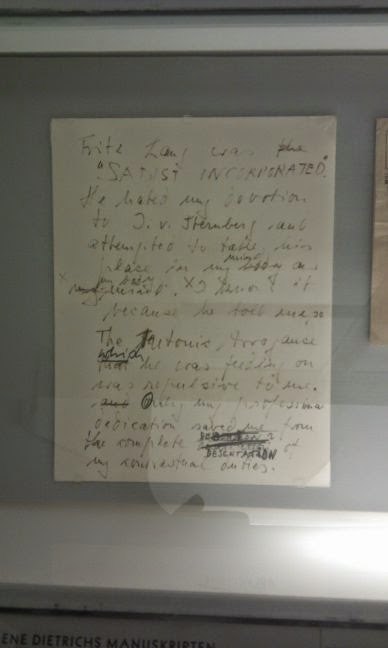 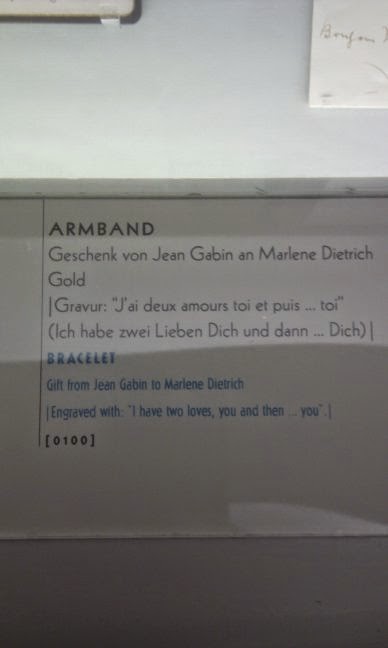 As a bonus the museum has a temporary exhibition about Ken Adam, the famous production designer who was a feature on all the major James Bond movies until the eighties and invented the war room in Dr. Strangelove. Again a very interesting exhibition especially the layered cinematic presentation of the war room design.


The museum is not particularly large, but the space is used extremely well and both in design and content this is one of the most interesting exhibitions I have ever seen. I can highly recommend to make a visit to Berlin if only to see this remarkable museum.
Posted by TSorensen at 01:11