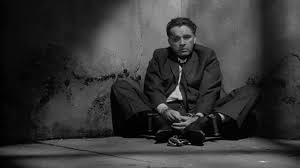 Off-List: The Spy Who Came in from the Cold


When I considered which three movies I should pick off-List for 1965 I looked at a list of the most successful 1965 releases and realized that I was not looking for the best movies of a given year, but the movies I would want to see. “The Spy Who Came in from the Cold” holds a fairly modest 11th place on the Ranker list, but to me title alone holds a lot of appeal. I know this is a famous John le Carré novel and I was just dying to finally see the movie.

I was not disappointed. “The Spy Who Came in from the Cold” is exactly as good as expected, maybe even better.

Very far from James Bond this is a chilling story that feels so real I have no doubt this could actually happen. There are no heroes, just the naïve and the cynics and practical expediency. Our “hero” does not shoot or beat up anybody (except a mock assault on a store keeper). Instead he exists in a world of deception where nothing is exactly what it looks like and in this deception he is terrific.

Alec Leamas (Richard Burton) was station chief in West Berlin for British intelligence. When his last agent is shot he is recalled to London. His boss, Control (Cyril Cusack), wants him to stay in the cold in an attempt to nail a powerful member of East German intelligence, the man who caused the death of Leamus last agent, Hans Dieter Mundt (Peter van Eyck). The plan is a clever one. Leamus will appear to have left the service, embittered and poor and a severely alcoholic, a prime target for East German intelligence. He is to be picked up by their recruiters and reveal details that will seem to indicate that Mundt is a double agent and so get the East Germans to do the job and take him out. This works remarkably well, the German second in command Fiedler (Oskar Werner) buys is completely, having already suspected something fishy about Mundt.

But nothing is as it seems to be, even to the players, and the world turns upside down a few times in some remarkable twists. If you were of the opinion that “The Usual Suspects” invented the 180 degree twist I am sorry to tell you that this is a very old trick indeed.

It is remarkable how well this movie works. This of course comes from a good adaption of a great story, but also the cinematography. In 1965 color photography is par for the course, but “The Spy Who Came in from the Cold” uses black and white cinematography in the most chilling and gray manner possible. It is as if life gets sucked out of everything into a grey and bland, disillusioned world. Grey people, grey jobs, grey prospects and a twilight world of shadowy spies. This creates exactly the right atmosphere for this movie.

The same with Richard Burton as Alec Leamus. The only times you see a smile on his face is in mock derision of other people’s naivety. Otherwise he is gloomy or expressionless. Grey and embittered.

Leamus befriends a girl called Nancy Perry (Claire Bloom) who, despite holding a dull library job, is naïve and hopeful of the future. A girl who still believes in a dream. Maybe this is what attracts Leamus to her, a glimmer of a better world than his. But such hope is too easy to exploit and is only a liability in the world of spies.

This was a movie I rushed through and had difficultly letting go of. It simply works. It is like those books where you have to read a few pages more to see what happens, which I am sure would be the case with the book version. I could not predict this story and it goes places that even afterwards surprises me and which I shall not reveal here. But let me just say that it is very bleak.

In my opinion “The Spy Who Came in from the Cold” easily deserves a slot on the List. Although 1965 has been better so far than many other years, the sheer entertainment value as well as its significance for the spy thriller genre earns it spot on my list of movies you must see before you die.
Posted by TSorensen at 22:57