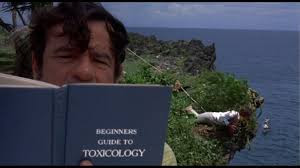 I have decided to add a fourth off-List movie to 1971. Bea at Flickers in Time recommended to me the movie “A New Leaf” and having now watched it, it is too good not to get a review. Thanks, Bea!

Elaine May is one of those great stars who have remained unknown to the larger public. At least I was not aware of her before watching “A New Leaf”. This is largely because she preferred to run things from behind. Screenwriting, often uncredited or under a pseudonym or assisting on direction, especially on comedy, but she was actually an accomplished comedienne and a skillful director and with “A New Leaf” we get the full package as May directed, wrote and acted the lead female part. It worked like a charm.

Henry Graham (the magnificent Walter Matthau) is a good for nothing aging playboy, who has been living off his trust fund until it is a fund no more. Used to the niceties of wealth, never worked a day in his life and generally unpleasant to anything with two, four or lo legs, Henry is in trouble.

Assisted by his butler (George Rose) Henry borrows some money from his uncle and set out on a terrifying mission: To find a rich woman and marry her in six weeks. Oh, the ladies Henry digs up! They are a laugh. Finally, though, Henry finds the perfect mark: The distraught botany professor Henrietta Lowell (Elaine May), heiress of a massive fortune and completely helpless. Henry woos her and marries her, but when he gets to the point where he is supposed to get rid of her again something happens.

Never has a bluebeard been as miserable as Matthau makes him and never has a mark been as completely naïve and hapless as May’s professor. They are simply made for each other. I am used to comedies with Matthau as a grumpy old fool, but I think he was never better as a such than here. And this includes his comedies with Jack Lemmon. The scene where the accountant is trying to get through to him that he is broke is hilarious and Matthau only have to wear his helmet in his broken Ferrari to look ridiculous.

The smart thing however is that “A New Leaf” is not chasing the gags, but is more involved with the story it has to tell and that story is fundamentally funny. It may not be as surprising and innovative as “Harold and Maude” but its more conventional approach is plenty enough. I like that it takes some time to build up the Henry Graham character so that when he finally meet Henrietta we know exactly how horrible she is in his eyes and we know enough of him that we both despise him and feel a bit sorry for him. It is sort of a Bill Murray thing, but Walter Matthau perfected this type of character several decades before “Groundhog Day”.

All this however is Elaine May’s vision. The created it and the universe Matthau swims in and she scored big in my book.