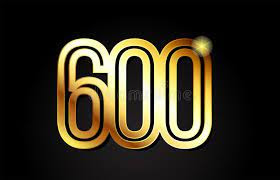 With “Dersu Uzala” I reached movie number 600 on the List. I have reviewed quite a few more movies, including the off-List entries and the special Danish edition entries, but among those on the big List, this was number 600.

From 500 to 600 I went from 1968 to 1974 and this has taken me exactly two years. It is slow, I know, but slowly the movies are accumulating. My shelves with DVDs are starting to look pretty impressive.

Following my own tradition, I have to issue some sort of award that must include all movies watched up to this point, but be inspired by the period I have just been through. Well, if there is one thing that typifies this period it must be the counter-culture theme. It runs like a red thread through so many of the movies, either as a main theme, a side theme and influencing the choices both of characters and filmmakers. Counterculture can be many things, but in the late sixties and early seventies it was almost everything that would break with the established way of doing things. The embrace of the alternative, sometimes simply for being different. It is easy to sit back today and ridicule it, but for those involved this was a big and important thing and it was an energy you had to tap into if you wanted your movie to sync with the zeitgeist.

I made a count, probably missing some, and identified 28 movies that definitely contains countercultural elements, either intentionally or unintentionally. My award will be to the movie where counterculture is the most dominant element for better or worse. From my larger list I have nominated seven movies:

Antonioni’s misfired attempt at nailing the counterculture. Although he failed, you cannot blame him for not trying.

Maybe a surprising entry, but I think this movie embraces the rebellion of the existing and search for something to replace it by going its own way. The essence of counterculture.

Biking across the US, smoking weed, and doing everything the establishment hated. Need I say more?

An incredible look into the zeitgeist of the age, the entire setting is the counterculture in NYC around 1970

Earlier than most counter-culture movies, this is a movie that almost defined the anxiety of stepping into established adulthood and deciding not to.

A movie about the greatest hippie festival ever, how can this not embrace counterculture?

And the winner is:

There is not a single element of this movie, in front of or behind the camera that is not heavily influenced by the counterculture and its legacy is almost the definition of the age.